One of The Top Recruitment Agencies In Pakistan For UAE 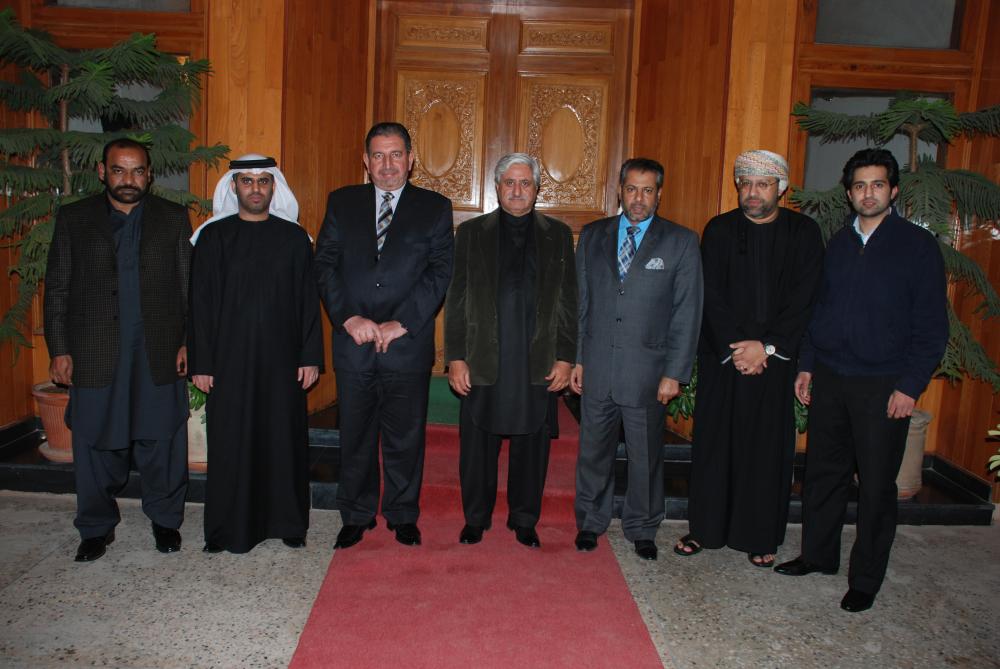 Dubai – the port city is the capital of Emirates and is one of the region’s most developed commercial and financial centres, housing hundreds of multinational corporations. Dubai also boasts the world’s tallest building Burj Khalifa rising to 828 meters.

Abu Dhabi, is the largest of the Emirates. UAE’s economy is dominated by the petroleum produced primarily in the Abu Dhabi. Being the wealthiest of the emirates, Abu Dhabi contains one of the largest concentrations of the world’s proven oil reserves. It also contributes a significant portion of the national budget.

The travel & tourism sector is significantly developed in the UAE with the major role being played by Dubai. Likewise the hotel and restaurant industry in the whole Emirate region is one of the most developed in the world.

Only about one-ninth of the Emirates’ residents are citizens. The remainder are mostly foreign workers and their dependents, with South Asians constituting the largest of these groups. Kashmir Overseas as a recruitment agency for UAE, is proud to take part in the regions progress by sending thousands of emigrant workers for all sorts of business sectors.

Kashmir Overseas is one of the oldest and the best manpower recruitment agencies in Pakistan. Since its inception in 1976, we have provided thousands of Pakistani workers to tens of UAE companies. Some of the more prominent ones are:

SCCB LLC was founded in Abu Dhabi, in 1997. Since its founding SCCB LLC has retained its ever-growing presence in UAE to become one of the leading multi-disciplinary contractors.

SCCB executes all types of Building and Steel Structure as well as offers bespoke services in:

Kashmir Overseas has long been associated with SCCB LLC and the technical and non-technical staff provided by us has helped SCCB LLC in all kinds of diverse projects.

Fourth Dimension is provides cutting edge, cost effective solutions in the fields of:

Najed Employment Services Operating across the U.A.E and the Gulf region, their portfolio covers a large range of sectors combined with an experienced and outstanding team that provide an innovative and quality manpower solution.

Kashmir Overseas has been associated with Najed Employment Services for over a long time and is proud to have provided around 500 employees for their different clients.

Founded in Lebanon in 1967, Arabian Construction Company (ACC) has grown to become one of the leading construction contractors across Africa, the Middle East and the Sub-Continent.

ACC specialises in complex and prestigious construction and infrastructure projects. Their portfolio includes some of the region’s most iconic landmarks, from super high-rise luxury developments, to five star hotels, hospitals and intricately sophisticated smart buildings. They have also constructed vital infrastructure and oil& gas projects, including desalination plants, power plants and marine projects.

Kashmir Overseas has long been associated with ACC Group. The technical and non-technical staff provided by us has helped ACC Group in all kinds of diverse projects.

RAPCO is established since 1982 and is a wholly owned Saudi Arabian organization, within a Saudi based International Conglomerate. It is one of the leaders in all disciplines of Civil, Mechanical, Pipeline and related Construction Work in the Kingdom of Saudi Arabia as well as in UAE.

Kashmir Overseas is proud to provide RAPCO Group with capable staff. The technical and non-technical staff provided by us has helped RAPCO Group in all kinds of diverse projects.

DAS International provides a full range of solutions for tilers, plumbers, masons, thermal insulation etc. They cater to all the requirements of the Building and Construction Industries.

With their sourcing expertise and partnership with the manufacturers globally, they provide their customers with their requirements and reach to their comprehensive services.

DAS International has offices in Abu Dhabi and Dubai.

Kashmir Overseas is proud to be associated with DAS International. The technical and non-technical staff provided by us has helped DAS Group in all kinds of diverse projects.

ADMAC was founded and established by H.E. Mr. Ahmed Khalifa Khalaf Al Mazroui who was the deputy chairman of Abu Dhabi Municipality for 30 years.

Over the years, ADMAC has grown to become one of the leading UAE firms specialized in construction and infrastructure development.

Kashmir Overseas is proud to provide ADMAC with manpower helping them in diverse projects.

Kashmir Overseas is proud to be associated with UTS to provide them with staff in all kinds of diverse projects.

Condor Group is an ISO and OHSAS certified Construction Company head quartered in Dubai. During its 36 years of growth, Condor has completed more than 350 projects, maintaining schedules and quality standards.

Kashmir Overseas is proud to have provided the Condor Group with their staffing needs, helping them in all kinds of diverse projects.